The most recent breakthrough in laser eye surgery, the FEMTO technology, developed by Intralase Corp., is only used by Focus Medical in Hungary. This correction procedure requires state of the art laser technology in which we have invested heavily, used only by our institution in Central-Eastern Europe.

We know that the vision correction is permanent, and the results achieved by the laser lasts a lifetime.

So far, no procedure has been able to couple maximum safety with complete painlessness and immediate results.
The so-called PRK surgery was completely safe, but the first few days after the intervention were quite uncomfortable, sometimes even painful, and achieving a fully corrected vision took weeks.
The so-called LASIK surgery achieved quick and painless results, but the intervention fell short of maximal safety, because sometimes some complications arose.
Therefore patients were forced to choose between discomfort and safety risks.

After million of FEMTO surgeries, FEMTO has been found to completely unite the advantages of PRK and LASIK surgeries, without their disadvantages.

We are not forced to make a compromise, because FEMTO surgeries offer maximum safety, total painlessness and immediate vision correction at the same time.

FEMTO is an outstandingly precise technology, which enables us to calmly and safely decide for laser vision correction.

FEMTO surgeries characterized by the three most important advantages (safe, painless, quick) are only performed by Focus Medical with our so-called femtosecond laser equipment. 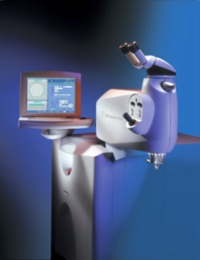 FEMTO is the only laser vision correction procedure, which guarantees